The City of Coimbra has its own very special mystique, the result of a past full of important events and of the memories of the many thousands of Portuguese who, dispersed around the country or abroad, remember the carefree, easygoing, hopeful years spent here in their youth as students at the University. Prehistoric remains are scant but allow us to establish an early human presence on the site of present-day Coimbra.From the Roman period we have the cryptoporticus. This is situated under the former Bishop’s Palace, which now houses the Machado de Castro Museum.With the fall of the Roman Empire came the arrival of new invaders, commonly known as barbarians: Vandals, Suevi, Alans and later Visigoths, who all left their mark on the city 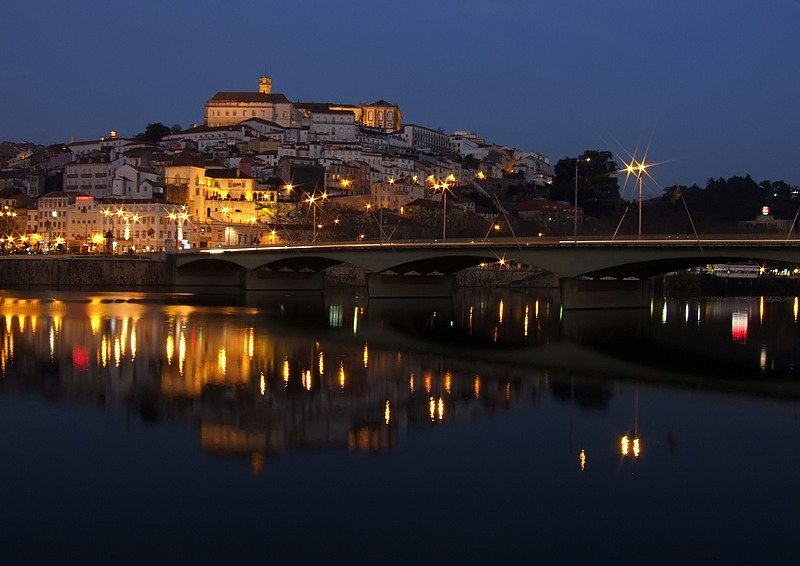 In 711 the city was occupied by the Moors and remained Islamic for more than 300 years, despite brief interludes when Christian troops regained control. With the final Reconquest in 1064, by the army of Ferdinand the Great, Coimbra was ideally situated to be a point of contact between the Muslim south and the Christian north and became home to an important Mozarabic community. As the country’s first capital for 200 years during the reigns of the earliest monarchs, Coimbra’s profile was raised by the founding of the University which led to the formation of an urban nucleus full of noteworthy buildings. After 1537 there appeared numerous University colleges, and two areas – next to the Royal Palace in the upper town and in the Rua da Sofia (lower town) – were set aside for learning. In the 18th century Coimbra maintained its academic vocation, which was strengthened by the Marquis of Pombal’s reform of the University. The new buildings resulting from this reform changed the appearance and structure of the university campus, giving new importance to Natural and Experimental Science. The 19th century was a period of considerable growth in population giving rise to new streets and residential areas, in particular the development of the estates belonging to the Sta. Cruz Monastery. The 20th century saw many more great changes to the city with the building of the new university campus which obliged the residents of the upper town to be moved to new residential districts. In the 1990s the city expanded towards Vale das Flores and Boavista, where the University’s second campus (Polo II) was built on the right bank of the River Mondego. Dedicated to Science and Technology, this features buildings by some of the best-known contemporary architects. A third campus (Polo III) dedicated to the Life Sciences has been built near the University Hospitals in the Celas area.